1. Tell me about your latest project?

over the last couple of years. It’s not horror, more a continuing

interest/exploration of characters on the fringes of society.

2. Who is your greatest inspiration in film and why?

Luis Bunuel, a Surrealist film maker. Because his films reveal that the

seamlessly between dream, fantasy and reality. Bunuel’s first film with

Salvador Dali, Un Chien Andalou, was an inspiration for my own first short

film Circadian Rhythms and the follow up feature film Angel Mine.

3. Is horror your preferred genre, as a filmmaker?

stories. I am interested in the psychological and supernatural/magical

elements of our consciousness and the horror genre best describes the

exploration of these areas.

4. What do you love about directing?

I love the process of working creatively with others to organically

manifest emotional atmospheres which audiences can engage and resonate

with. Creativity requires participation without fear, and directors role is

5. What lessons have you learnt as a prolific filmmaker?

process. You have to give yourself permission to make films, if you wait

for “others” to bestow permission, you may be waiting a long time. Most

importantly don’t project your vision on the universe, rather see your

vision in what the universe is showing you.

6. Tell me about your most successful film?

Death Warmed Up, 1984, is likely the film that has travelled the world most

successfully and continues to be requested Internationally for relicensing.

Unfortunately this film has a backstory that is tragic. The original film

negative was burnt mistakenly by the Lab in Wellington. The 35mm Inter-

negative is lost in America. No complete 35mm prints exist, and over 32

survive. So Death Warmed Up has a very bitter sweet place in my life.

7. What is the most memorable film you have seen and why?

presented in Death Warmed Up.

8. Do you think the dvd is now redundant?

lending institutions. Mass consumption is moving with the digital times

towards watching online and downloading. I am sorry to see the DVD lose its

position and predict there will be no DVD stores left within two years.

9. What makes a good story?

Anything that engages one emotionally that allows universal

truth/understanding to emerge, exploration of the microcosm allows

reflection on the macrocosm.

10. Lastly, any advice for emerging filmmakers?

Stick with your vision of the project. It’s a marathon not a sprint. You

need to pace yourself through the inevitable highs and lows. Time is the

crews life commitments, allow a window of opportunity, that ensure you get

the best from everybody whether they are being paid or not.

A lot of people ask Melissa why she named her project ‘Whore’.
The reason being is that sex workers’ claim that name. Melissa wrote six monologues about street sex workers in late 2013. Three actors each performed two monologues, to sell-out audiences in Auckland & Wellington in 2014.

“Whore consists of six beautifully structured monologues performed serially by three actors. The text was constructed by Fergusson from extensive interviews with sex workers and it’s exceptional. She has consulted with the New Zealand AIDS Foundation and the New Zealand Prostitutes Collective and the entire show has a sense of authenticity that is at the heart of its success because successful it truly is.” – Lexie Matheson, ONZM

Now adapted to screen, six short films: Illegal Migrant, Married Woman, Underage Sex Worker, Rent Boy, Transgender & Refugee each runs for 12 minutes; based on true stories of street sex workers living in Auckland.
“An emotionally effecting and unflinching series of short films that sets out to reveal the real and human side to people who work under the label of “sex worker” and achieves this objective with aplomb.” – Kathryn Burnett, Award-Winning Screenwriter
Melissa is the Creative Director of charlatan clinic; she has directed over twenty theatre productions, six short films and is writing her first feature film presently.

1. Where did the name ‘Clash’ come from?The name Clash came from ‘The Clash’ London Calling record. I knew I wanted to start a streetwear business that specialised in British style and I had been actively listening to bands like the Sex Pistols, The Clash, The Specials, The Buzzcocks, Sioux and the Banshees. I had always had a fascination with Britain and the underground street culture that existed around the punk movement in London as I feel that was also when fashion really developed in an individual way rather than a collective. I was sitting back one night listening to a record and noticed the London Calling record at the front of my vinyl stack. It was then I realised how important the word ‘Clash’ was. The bands I was listening to inspired my belief that when it comes to fashion and music there are no right and wrong. Just an open mind that I think does ‘Clash’ with the ideas and ways fashion is presented to people today. People are almost fearful when it comes to fashion and if they don’t have that particular ‘piece’ that is in right now then they won’t be keeping up. These bands and their message to me was to do your own thing and expressing yourself in your own way is so important.

2. Have you always been involved in fashion?

Yes – I worked around clothing retail for a long time. It wasn’t necessarily ‘fashion’ but it taught me a lot about people and their buying habits. It also taught me customer service which is the most important skill to have in any retail job. Starting from a retail assistant I progressed to regional manager looking after handfuls of stores. Previous employers have been both Amazon and Huffer.

3. Where do you get your inspiration from?

Mainly musicians and not because they all have amazing style but because they tend to be the ones that ‘get’ the power of individuality. If I was to give you a style icon I would say any of the characters on Brighton Rock or Snatch. Real cool British gangsters. Or anyone in the band ‘The Specials’.

4. Who buys your clothes?

Haha mostly my parents! I don’t think it’s sympathy but my Dad in particular knows and feels my passion for what we are doing and really enjoys hearing the history of the brands and styles I try and buy in. But I think the beauty of the era that Clash is inspired by is that it attracts young and old. We have sold our Harrington Jackets to men in their 70’s and to men in their 20’s. We attract younger teen girls but also women wanting something they haven’t seen before. So it’s really a mix of ages from different locations.

5. You stock some great brands – do you have a hero label?

I do. Before we had opened the store 4 years ago I had done so much research into brands and how to get them in. So I continue to buy in product and brands for Clash, always on the lookout for something a little different and unique. People say I am a little quirky, so I guess that may come across in some of the styles we get in.

Dr Martens. My favourite brand. Their history and quality is what I love. Everyone can connect in some way to Docs. I love it when we get someone who tells us their story of when they purchased their first pair back in the day or on the flipside when we get a younger customer coming in who is so excited to be getting their first pair. Their styles are timeless.

6. Do you use social media? Which platforms?

We have a pretty large Facebook following which we find helps with getting people to the website. Instagram is small but growing. We also have Twitter. All of these really do help to get the word out.

7. Does ‘Clash’ get involved in NZ Fashion Week or other catwalk shows? Or are you editorial only?

No – Fashion Week isn’t really something we really believe in. We have supported many musicians in the past so often our ‘models’ have been onstage jamming! We are keen to look at other avenues but at the moment like the idea of sticking to our values in having product that everyone can be a part of. Not just a select group.

8. What is you go-to magazine for fashion?

I don’t really have one but I am reading Billy Idol’s autobiography so that would be it at the moment!!

9. Do you think New Zealanders are fashion-conscious?

Depends on what part of the country you are from. I’m originally from Christchurch and have lived in every major city in NZ. I was glad to get away from the overly conservative scene in Christchurch. I found Dunedin to be an amazing place for unique style at a really low budget. People dress amazing down those ways and really feel comfortable with the style they have and the people they are. Wellington is super hip. A mix of op shopping students to wealthy business people with cash to spend. I find Auckland to be an almost smaller fashion scene in the way that it centres around Ponsonby. It’s very trend focused and it seems that a lot of people up here are guided by the Kardashians. I guess being in the big smoke sometimes it feels like there’s more pressure to blend in? We will always try to stick to what inspires us and hopefully that inspires other kiwis! On the whole I think New Zealanders like to dress nice and ultimately it’s someone’s inner self that creates true style.

Online at http://www.clash.co.nz or you can visit us at our showroom 264a Ponsonby Rd, just email online@clash.co.nz to make a time! 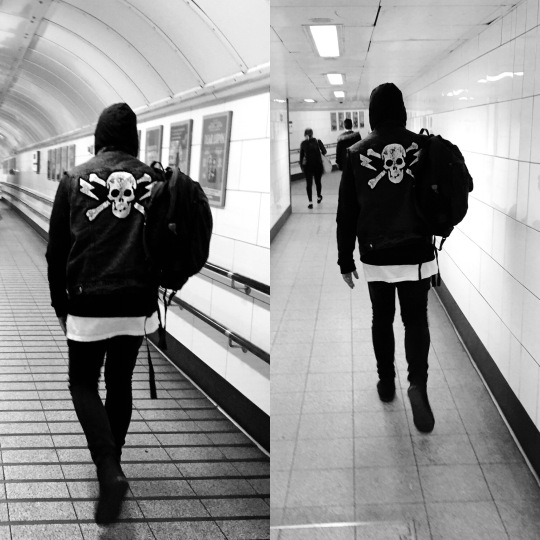 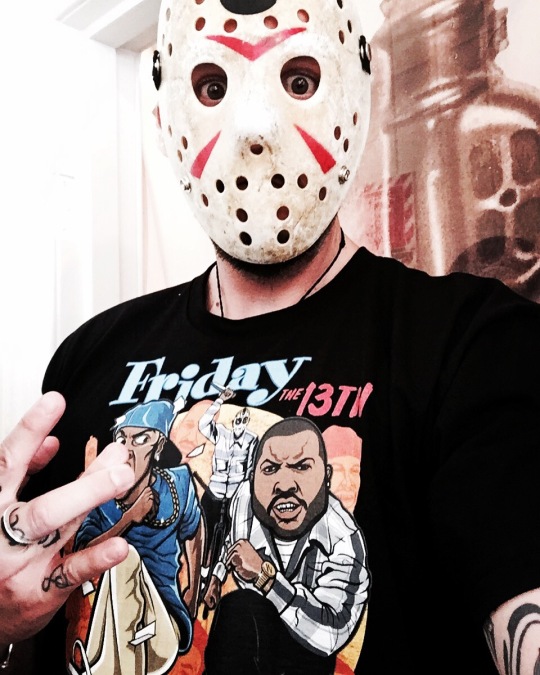 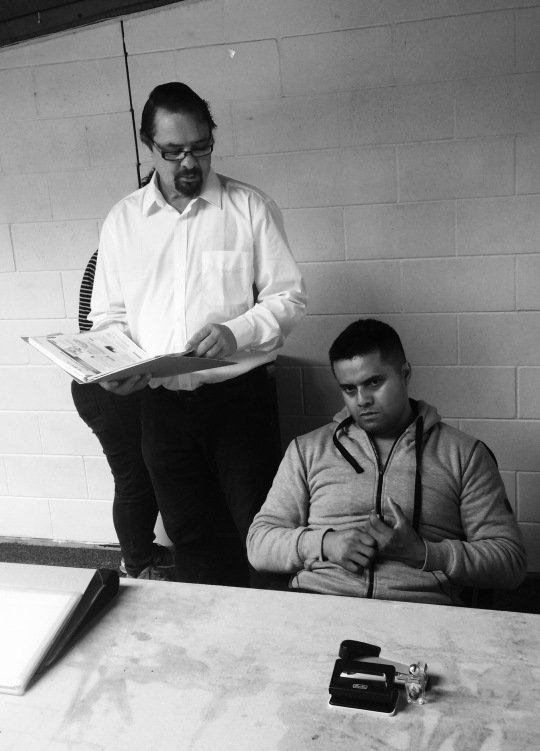 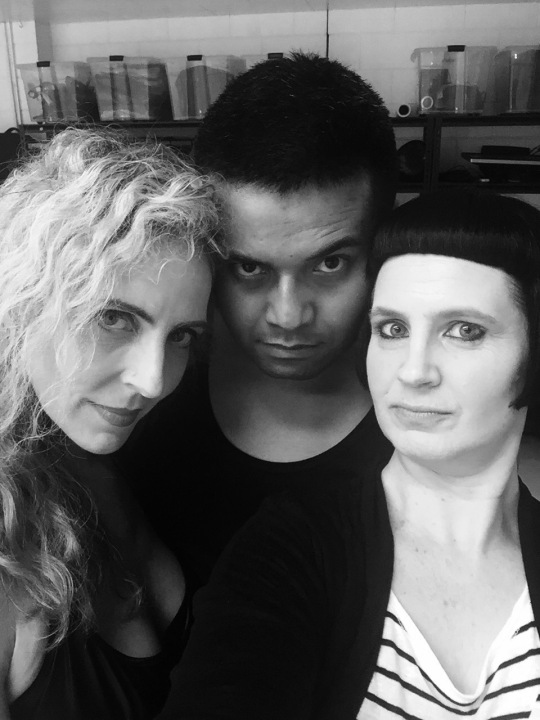 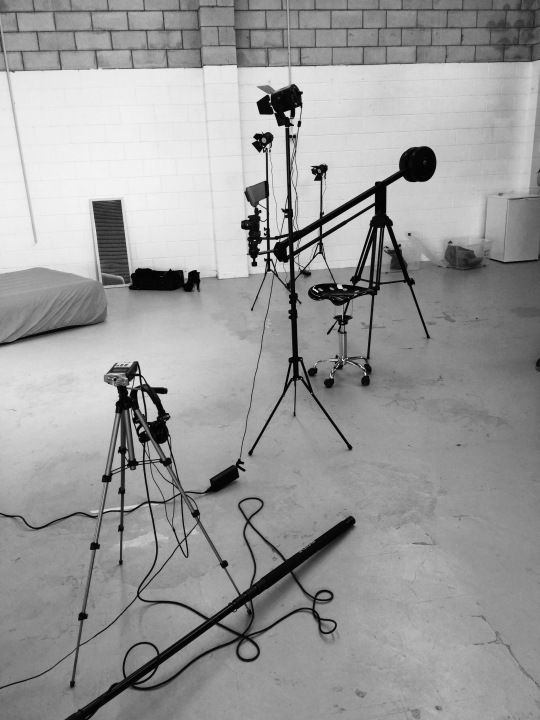 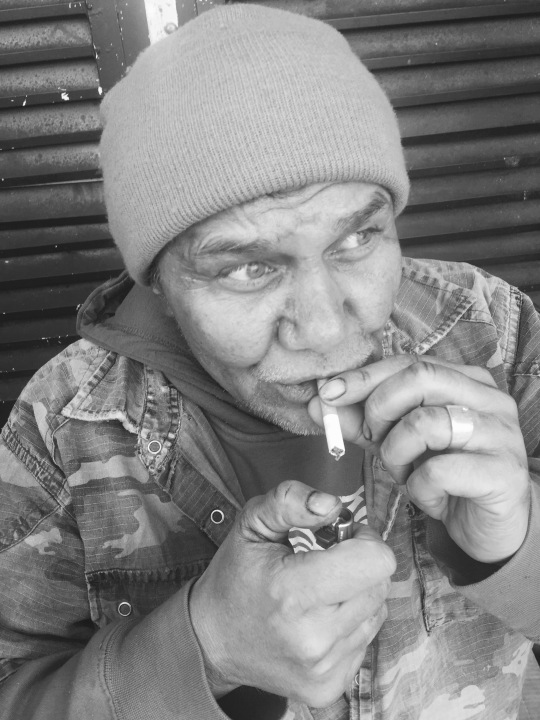 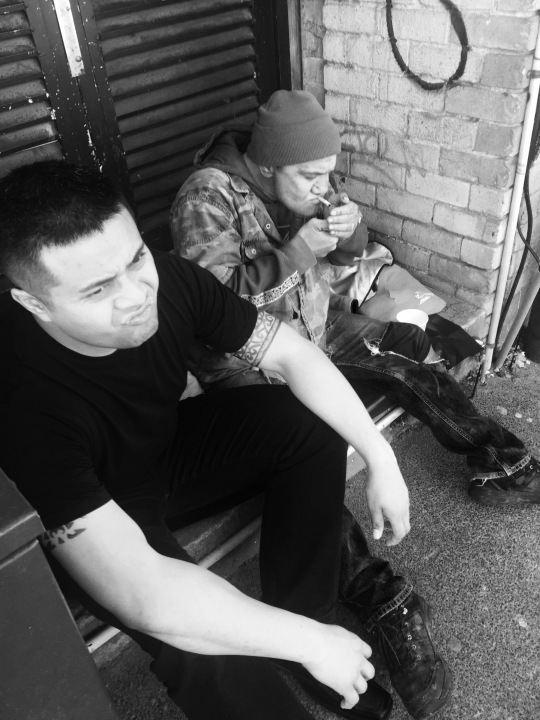 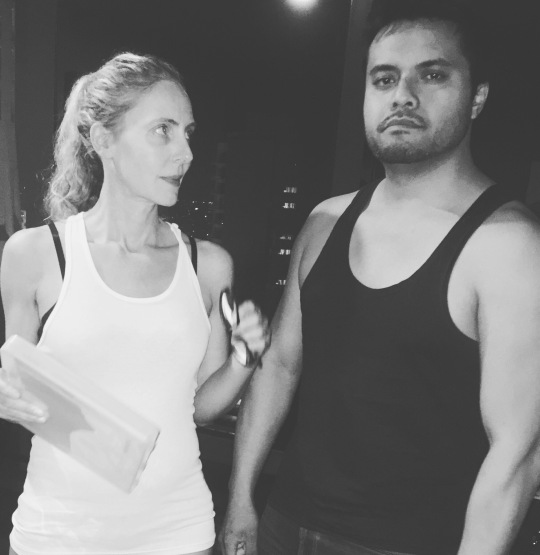 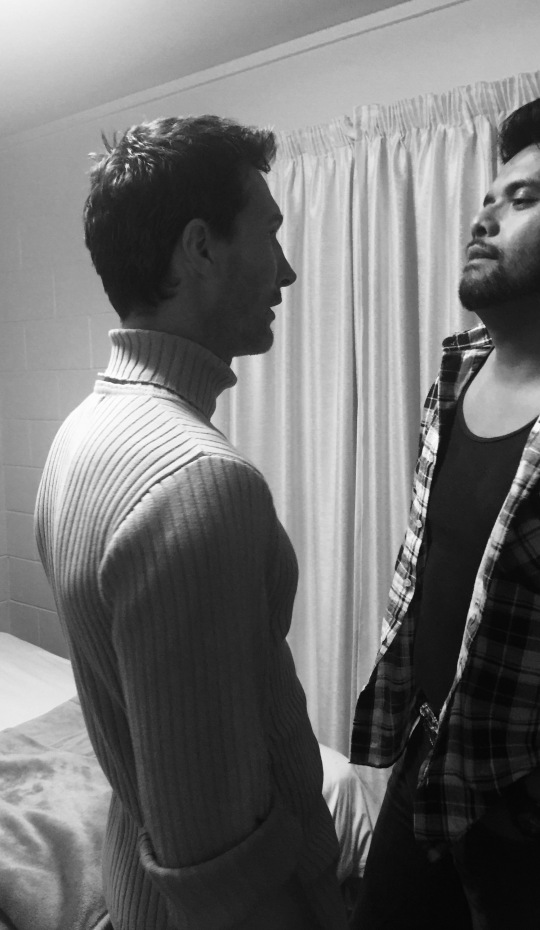 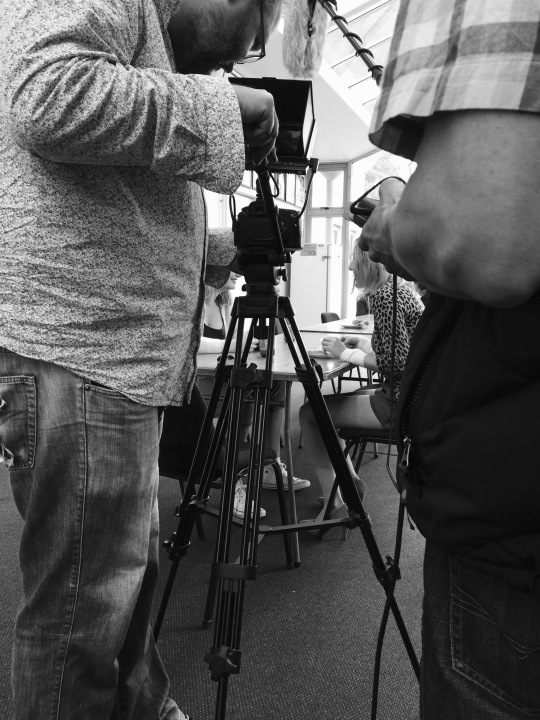 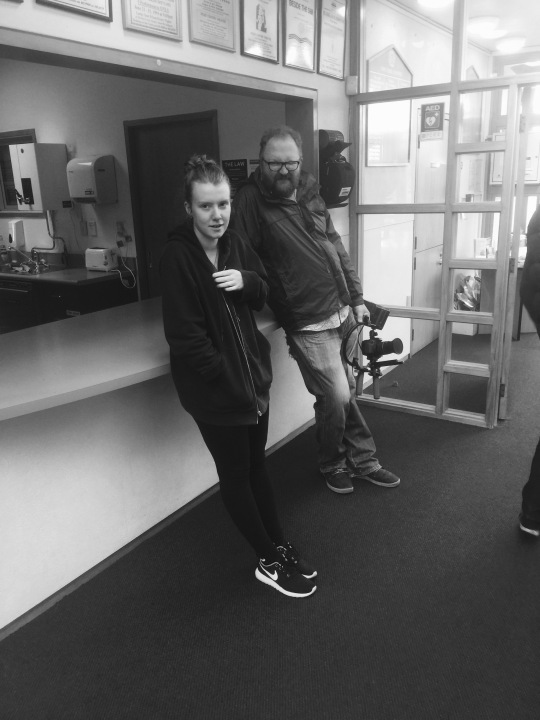 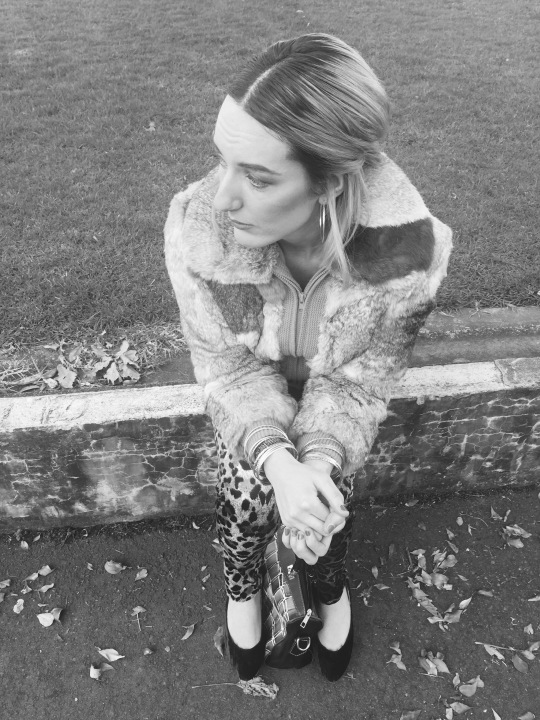 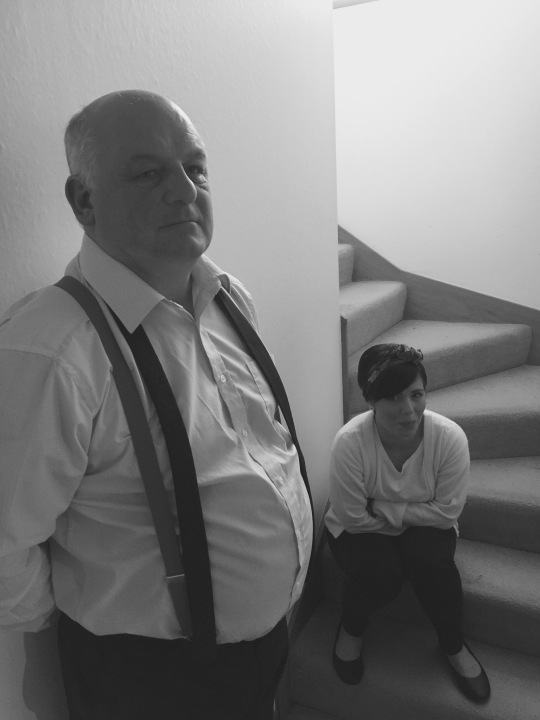 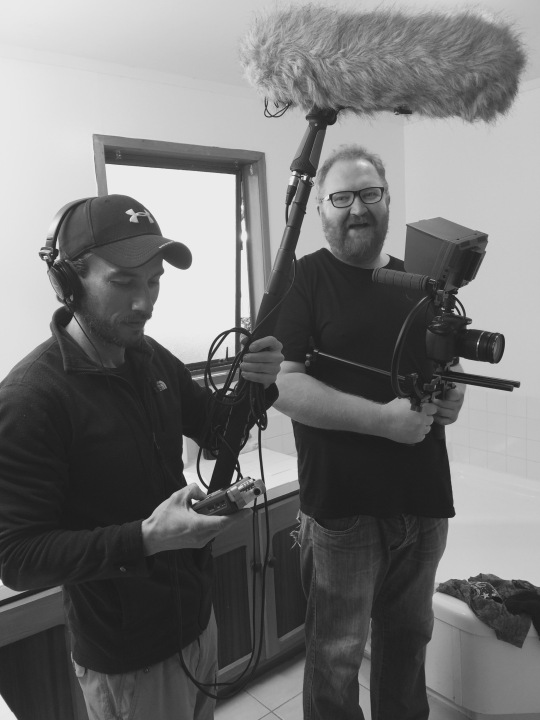 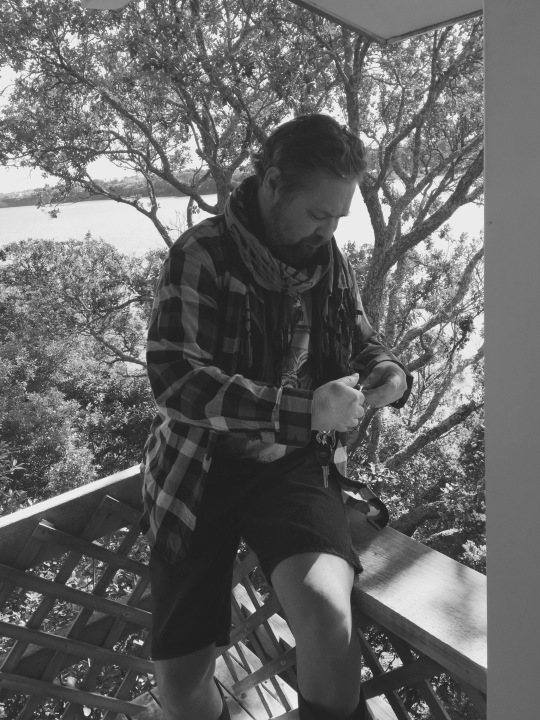 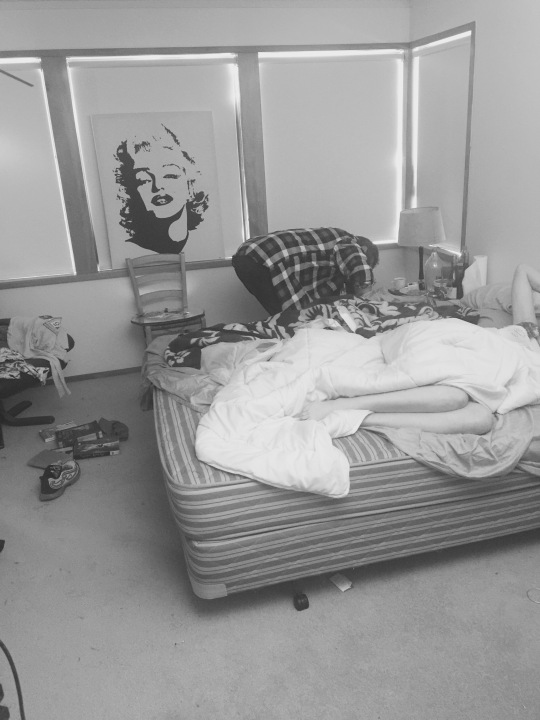 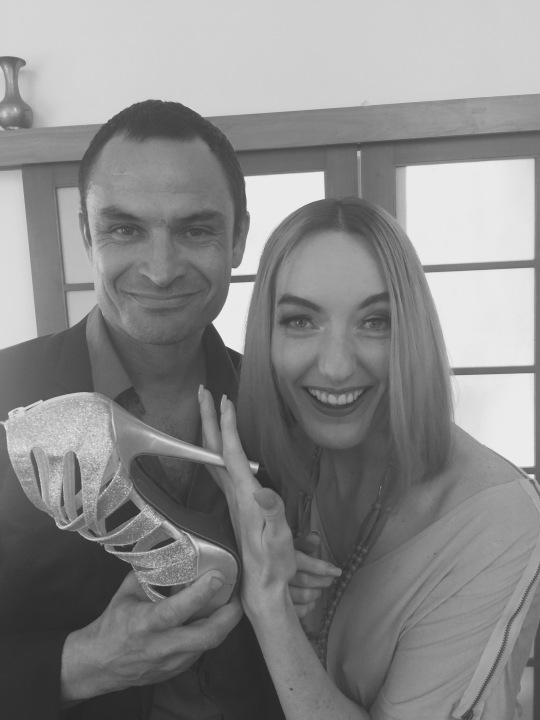 Recently I went to the opening of #fourcournersofnz by Richard Hodder: photography (at its’ absolute best) featuring landscapes of rich and wholesome ‘Kiwi’ land. By that I mean – Richard has captured the idyllic surfing waves in motion’, the uninterrupted countryside, majestic lakes, rugged ‘off the beaten track’ roads to paradise from Cape Reinga, Northland to Lake Hawea, Otago. Allpress roastery was brimming with friends & strangers eager to see what lined the walls. The ‘open’ and ‘limited’ edition works are available for sale from $300 upto $1350 (The Scoop @Allens Beach) to the general public. There are 23 works on exhibition from 15 – 25 July. I found out about this extraordinary photography project via Instagram @inthedrink. You need to go before it disappears – just saying. 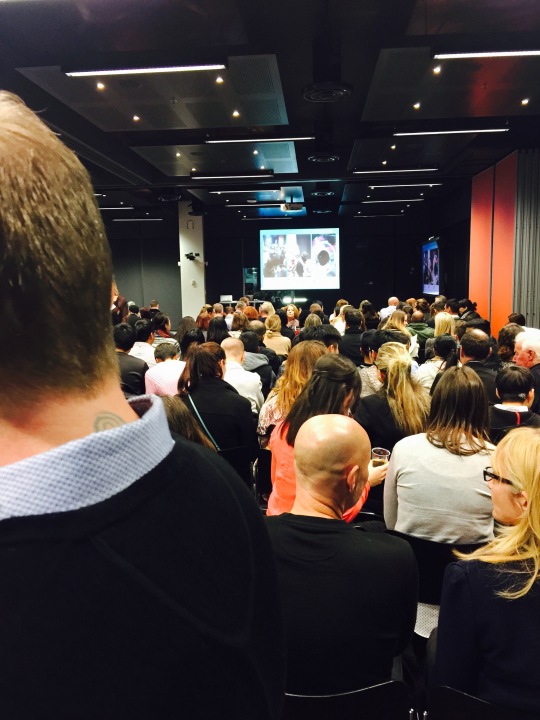 What social media channels do you use? How do you monetise your platforms? At what stage can you measure conversions? These questions were put to the panel of social media savvy entrepreneurs & start-up founders last night at Social Media Club, Auckland. The panel of speakers: Makaia Carr (Motivate Me), Ken Brickley (BuddyBid), Wendy Thompson (Socialites) & Alex Mackrill (GrabOne) voiced their opinions on what has worked for them on brand strategy, business growth, customer engagement & innovative marketing on social. I learnt that New Zealander’s love and engage with Facebook more than any other social media platform & is the most successful for monetisation. What about Instagram, Twitter, Snapchat & Pinterest? Apparently, these platforms are still in there infancy in NZ and most of us now have a smartphone, which has revolutionised the way we communicate. Jam Mayer was the MC for the evening: articulate & erudite on social. Sarah Evans (Semble) was the shiny new thing (brand) in the room – I agree. What is Semble? “It’s NZ’s mobile wallet where you can pay for things using your phone.” Presently only available on Android. Amazing concept – who needs a purse or wallet (anymore) when you can pay with Semble? Impressed. This event was attended by up to 300 people – monetisation on social is a ‘hot’ subject – the present, our future.